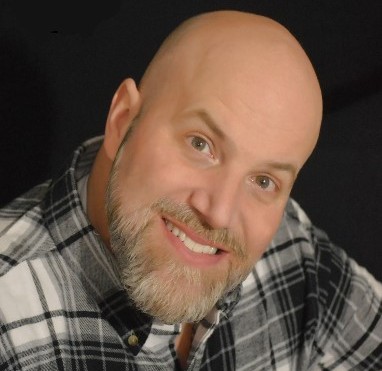 Allan Goodwin (a.k.a. “Badgerine”) connects with his audiences-getting them to appreciate the lighter side of their own lives relating his own experiences and observations. Well known as the “Badgerine”—that ADHD Dyslexic Superhero comedian who sends audiences home with cheeks in pain from laughter—Allan Goodwin brings the “disorder” of ADHD into an entirely new light.

A winner on America’s Funniest People, Allan has been interviewed on The Billy Bush Show, and he has been seen in several PBS commercials. Al regularly headlines comedy clubs, theaters, cruise lines, resorts and military bases, and also performs for large venues and corporate events. He was featured on the national TV show LAUGHS on Fox, and was a 2014 Finalist and a 2015 First Place Satellite Winner in the World Series of Comedy.

Al was the host of the 2014 Television, Internet and Video Association (TIVA) Awards Gala at the National Press Club in Washington DC. He also represented the East Coast in the HBO’s Lucky 21 Contest, a Las Vegas Comedy Competition. If you haven’t experienced an Allan Goodwin show, put this on your “must do” list and bring some friends–because at an Allan Goodwin show … laughter is always guaranteed.