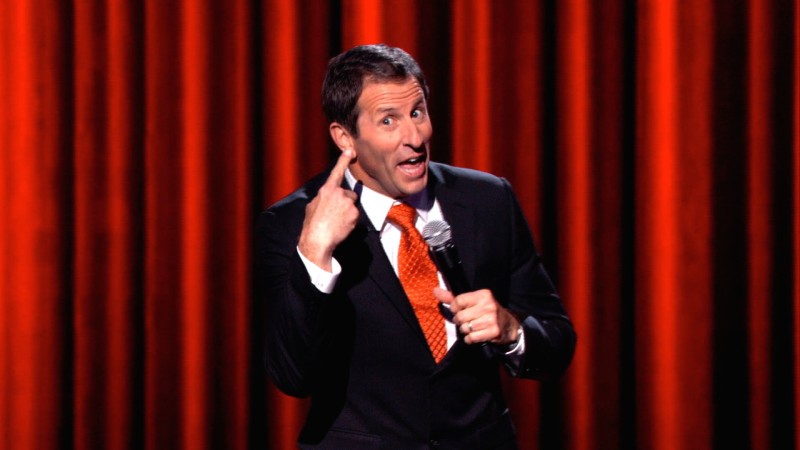 Rubber-bodied and dynamically engaging, comedian Bryan Kellen has become an energetic, comedic powerhouse. Bryan’s feverish mix of storytelling, observational humor, and physical comedy produces one of the most universally captivating shows in entertainment today. He has become the regular theater tour opener for television star and notable comedian, George Lopez, who noticed Bryan’s reliable abilities and similar style of turning uncomfortable life experiences into hilarious performances. His career hit the ground running, when Bryan bested a long list of well-established comics and won the Rocky Mountain Laff-Off in Salt Lake City, Utah just two years after his first time on stage. This coup was followed up by a 2nd Place finish in the prestigious Seattle International Comedy Competition. Shortly thereafter, ‘Entertainment Business Journal’ named Bryan as one of the “Top 100 Comedians in the Country.”

During the summer of 2001, San Francisco’s NBC affiliate invited Bryan to perform on their “Best of the Bay” stand-up comedy show. Bryan next made an appearance on The WB’s popular morning show, “The Daily Buzz,” where he brought the audience, hosts, and fellow guest, basketball player Karl Malone, to hysterics with his hilarious improvisational skills. His magnetism caught the attention of talent executives from the hit show Entertainment Tonight, who gave him a development deal as head-writer and star of a new series. Bryan’s ability to put audiences at ease was proven after the tragedy on September 11th, when Bryan appeared on CNN and MTV discussing the impact that the tragedy had on the world of stand-up and individual comics.

His poised and poignant insight was well received and both networks aired the segment on several occasions. At the end of 2003, Bryan was awarded one of his most coveted honors at the Las Vegas Comedy Festival. After a national tour of critiquing professional comedians, The National Comedy Hall of Fame named Bryan as “America’s Best Up-and-Coming Comedian.” He has since reappeared at the 2005 Las Vegas Comedy Festival, as well as on NBC and Comedy Central while becoming a favorite headliner at America’s top comedy clubs.