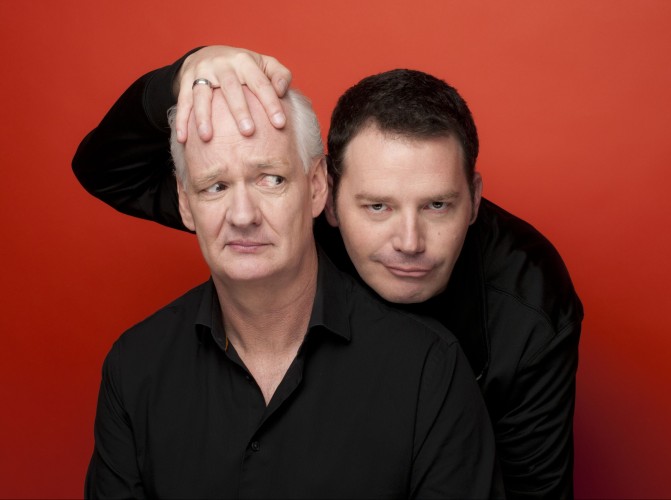 Colin Mochrie and Brad Sherwood, stars of the Emmy nominated Whose Line Is It Anyway? have teamed up to present an evening of extraordinary improvisational comedy. Using their quick wit, Colin and Brad take contributions from the audience to create hilarious and original scenes – just like a live version of ‘Whose Line’! Throughout the evening, the show becomes truly interactive as audience members are called to the stage to participate in the fun. The Colin and Brad Show has played to sold-out venues all over the country.

The entire show is driven by audience participation. Audience members yell out suggestions and Colin and Brad do the rest. Also, throughout the show, audience members are brought up on stage to add an extra element of the unexpected.