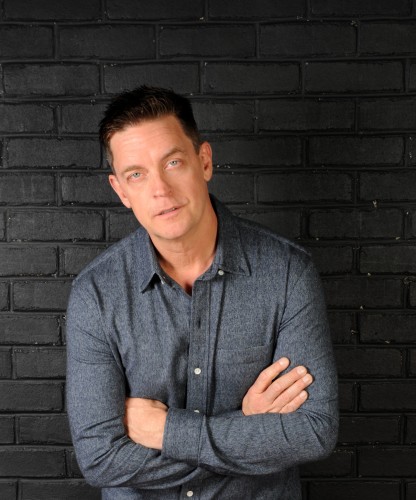 The freewheeling, New York bred comic storyteller – who made the list of Comedy Central’s “100 Greatest Standups of All Time” – is hotter than ever, a global touring sensation and regular presence on radio and television whose rabid audience, he’s thrilled to note, is filled with “lifetimers.”

Breuer came to national attention during his seasons on Saturday Night Live (1995-98) and from the multitude of hilarious hours he’s spent as a guest on Sirius XM’s “The Howard Stern Show.”. The fans who got into Breuer in the new millennium were drawn into his whirlwind journey through his Comedy Central specials such as “Hardcore” (2002) and “Let’s Clear The Air” (2009), one of the highest rated comedy specials in the network’s history – popularly known as his “coming out party” as a dad, cleaning up his act and focusing on the fun and foibles of family life.

His next special “And Laughter For All” (2013), became the highest rated original comedy special on EPIX to date. His latest special “Comic Frenzy” (2015) is currently available on Amazon Prime. He currently hosts a podcast called “The Jim Breuer Podcast,” which is available on iTunes and JimBreuer.com.