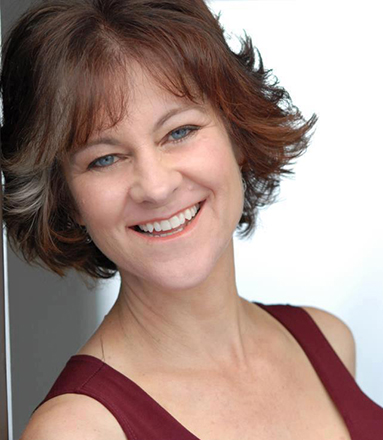 From “The Late Show with David Letterman” to Sirius Satellite Radio and Comedy Central, Karen Rontowski’s fast-paced clean optimistic humor is perfect for any club, corporate or fund raising event. With a stand up career that spans over 20 years she has performed in 45 of the United States and over 13 countries including New Jersey.

Karen has opened for such show biz legends as Bob Hope, Ray Charles, David Brenner and the Monkees which was a big thrill for her since she feels there is no time like the present to be living in the past. She is now featured in the new line of greeting cards called “Frank and Funny” that you can find in Target stores everywhere and is the comedy writer for “Haunted Magazine”.

A television favorite, you may have seen this hilarious woman on The Late Show with David Letterman, Comedy Central, Live at Gotham, Comics Unleashed and Comedy.com. A regular on the Bob and Tom Radio Show and a featured performer on their CD, Karen keeps listeners laughing not only with her stand up, but also when she talks about her other careers as a Tarot reader, Reiki Master and Paranormal Investigator.