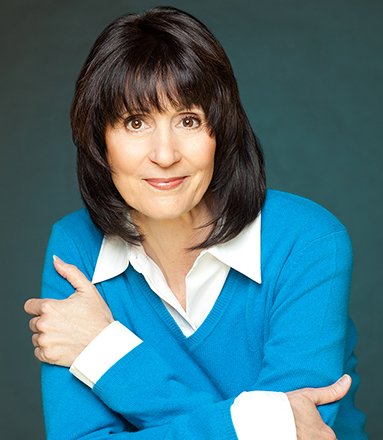 Kathy Buckley is a five-time American Comedy Award Nominee as Best Stand-Up Female Comedienne and the winner of countless other awards for her work. She is also an actress, writer and producer, author, humanitarian, and one of the country’s leading motivational speakers.

Her television appearances include The Tonight Show, Good Morning America, CBS This Morning, The Today Show, Entertainment Tonight, Extra, Inside Edition, CNN, HBO, VH1’s Stand-Up Spotlight, Comic Strip Live, Evening at the Improv, and Caroline’s Comedy Hour. E! Entertainment named her one of the “World’s Most Intriguing Women” in their original special. In addition to comedy, Kathy is an actress who is also known for her co-starring roles in TV series such as “Touched by an Angel,” and starred in her own original award winning PBS special, “No Labels, No Limits.”

Her extraordinary story is truly amazing to all who experience it. A sought after speaker, she has inspired people around the nation, speaking at corporate events, conferences, and universities. She has also been recognized by the U.S. Air Force and U.S. Army for outstanding efforts toward disability employment awareness, and is a key speaker for Anthony Robbins’ Life Mastery Classes.