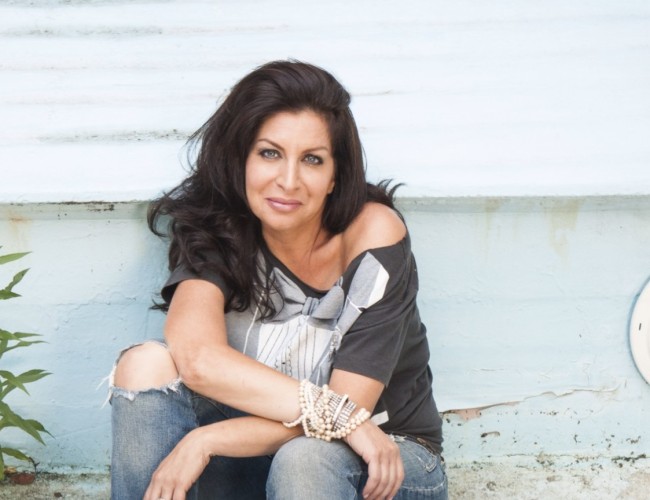 Arguably one of the hardest working women in comedy today, Tammy Pescatellibrings brassy sexiness with a female voice of witty sarcasm to her audiences, holding her own on the topics of sports, television, dating and family life using tongue-in-cheek humor. She is one of the only female comedians who is relatable to every audience member-male & female. After seeing her perform, nearly everyone wishes she was their best friend or sister!

Tammy’s most recent one-hour special, the top downloaded, Finding The Funny(available on Netflix & iTunes) is just one of her new and noteworthy endeavors. Including recent big appearances on The View, Red Eye, Guy’s Grocery Games, and The Howard Stern Show and featured in the documentary, “I Am Battle Comic”. Tammy was also chosen by Jenny McCarthy & Donnie Wahlberg to be a part of their Dirty, Sexy, Funny franchise that included a hilarious all-female slate of standup comedians comedy special on EPIX/Hulu, a touring show and a pilot for A&E.

With a slew of other accolades under her belt – including co-creating, executive producing, writing and starring in her own reality show, A Stand-Up Mother, on the WeTV Network – Tammy has appeared on a number of television shows like The Tonight Show with Jay Leno (3x), A&E’s Donnie Loves Jenny(2x), Fox’s Redeye (3x),Bravo’s Rocco’s Dinner Party, CBS’s The Talk, NBC’s Last Comic Standing: The Best of the Best, her own Comedy Central Present Special that won Comedy Central’s Standup Showdown, and many, many more.

Tammy’s career jumpstarted after appearing – and being one of the Final 5 – on NBC’s Last Comic Standing. Her season played out to more than 17 million viewers, garnering her a mass of loyal new fans that found themselves alongside the others she had created by years of touring the comedy clubs. It solidified her as one of the sharpest women in comedy!

Pescatelli also guested a number of times on the syndicated Comics Unleashed show and was chosen for their “Best of the Best” that was a world-wide top selling DVD. Internationally she also was featured on the Best of the Just For Laughs, in Montreal, Quebec Canada and The World Stands Up & The Laugh Factory in Europe and Australia.

Tammy’s material is a currently a fixture on the comedy channels of Sirius XM Radio and she is a regular guest of: The Howard Stern Wrap Up Show, Jenny McCarthy’s “Dirty, Sexy, Funny” (where she often co-hosts), The Bob & Tom Show, TapOut, Opie Radio, Bennington (formerly Ron & Fez). Currently Tammy is the co-host on “Stuttering John’s Podcast: Love, Romance and Other Lies”, on Podcast One Network. Her film credits include: Made in Brooklyn, Single: A Documentary Film and Everybody Wants to Be Italian.

Tammy is also featured in “I am Battle Comic”. A documentary about comedians who have entertained the troops on USO Comedy tours. Tammy is honored and humbled to have been privileged to have entertained our troops all over the world. She currently continues to tour and sell-out shows around the country, while preparing for another new one hour special, “Tammy Pescatelli’s After School Special:Don’t Engage The Crazy”-which is set to film later this year.