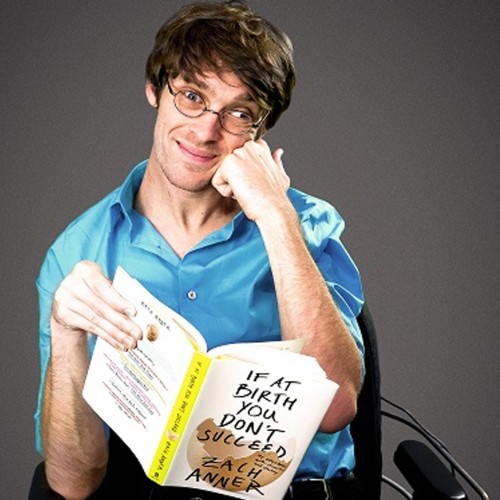 Zach Anner is an award-winning comedian, show host, author and public speaker. In 2011, he won his own travel show on the Oprah Winfrey Network, “Rollin’ With Zach”. He also hosted the webseries “Have

A Little Faith” for Rainn Wilson’s media company SoulPancake and

“Riding Shotgun” and “Workout Wednesdays” on his YouTube channel which has over 8 million hits. His comedic memoir, If at Birth You Don’t Succeed will be published by Henry Holt and released in early March of 2016.Zach lives in Buffalo, NY and Austin, TX, and spends most of his spare time in his underwear, thinking about how he can change the world.